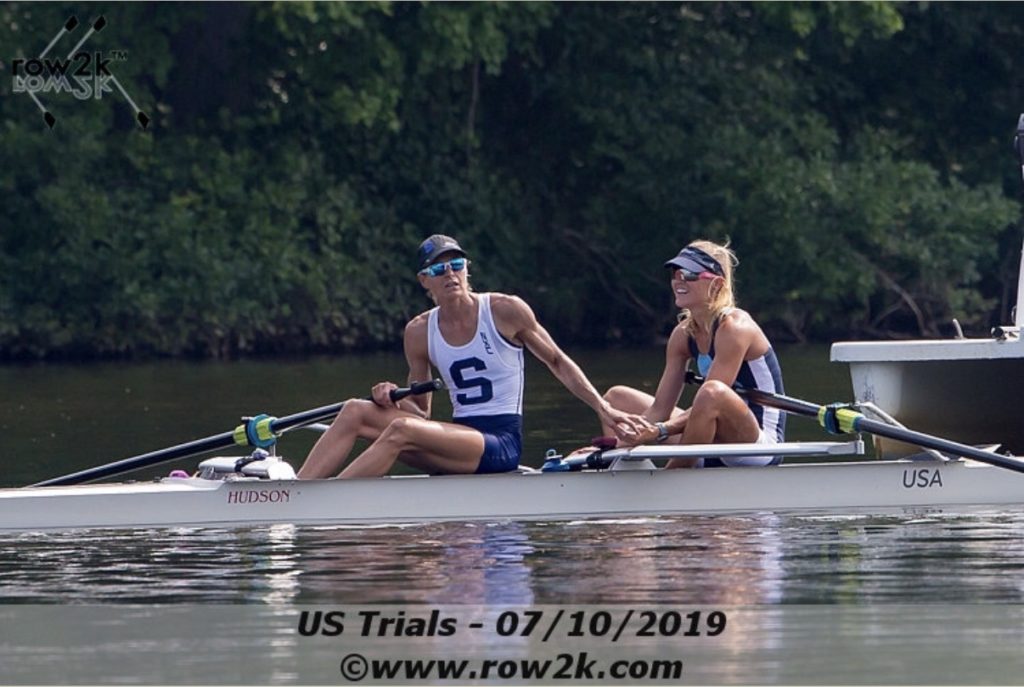 Here! We! Go! We are heading back to World Championships, my friends! On July 10th, I officially earned a spot on the 2019 Senior National Team with a win in the lightweight women’s pair. And when I say, “earned,” I mean EARNED. The final was possibly one of the most intense racing experiences of my life. On top of that, the 2018-2019 season to date has been characterized by one challenge after another—ups and downs that I could have never anticipated, not even in my wildest dreams.

The final was a four boat race. Margy, my pair partner, and I posted the fastest time in the time trial three days prior. We finished more than four seconds ahead of the second place boat and knew we had much more to give. You would think we’d be confident going into the final and we were! We were confident in our fitness; our boat speed; our preparation and our willingness to do whatever it would take to cross the finish line first. But, there was one variable that had me just shy of terrified for the final: steering the boat with my toe.

A Lesson on the Pair

For all my non-rowing fans, allow me to share some insight into the mechanics of the pair. Two athletes, one stroke seat and one bow seat, row the boat, each holding one oar. We sweep row, which is the type of rowing I did in college and unlike sculling (two oars per athlete, not one), which is what I have primarily done for the past 13 years. Why have I spent most of my post-collegiate career sculling?

First, the double (a sculling boat) is the only Olympic event for lightweight women, making it the premiere event in lightweight women’s rowing—the event everyone aspires to win. As a result, lightweight women in the US and presumably around the world concentrate their energy on sculling. Second, the lightweight women’s pair as an event was reintroduced into the program for World Championships just last year! FISA, the governing body for international rowing, removed the event in 2004, and then reestablished it in 2018 as part of an initiative to create parity among women and men. Since I’ve been focused on competing on the world stage, there hasn’t been a compelling reason to sweep row until now.

Unlike most other boats, the pair is unique because it has a steering system we call “the toe.” Wires connect the boat’s rudder to one of the shoes in the stroke seat. The stroke of the boat (yours truly) then manages the steering by moving their foot left and right. During racing, the goal is to keep the boat as straight as possible—a straight course is a fast course, and moving the toe too far left or right could result in either hitting a buoy (and therefore losing speed and/or potentially causing a crab), or, worse, interfering with the boat in the next lane.

Point your toe slightly left: the boat moves left. Point your toe slightly right: the boat moves right. It sounds simple but oh… my… God! My hope is that with a little more practice, I am going to revisit this post, remember the week of Trials and laugh. But for now, suffice it to say that the responsibility resulted in a heightened sense of arousal and focus that is hard to describe.

The day before the final, I settled into the affirmations: I am strong. I am capable. I am ready. On race day, I summoned every single ounce of focus possible as we entered the course. The gun went off and my gaze stayed solidly locked on the steering mechanism mounted on the stern deck of the boat for the entire duration of the race. Meanwhile, I kept my peripheral vision locked in on the buoys and used the toe to stay off the line.

Gang, this was the hardest thing I’ve done on the racecourse to date. Again, I was confident in my rowing, and my and Margy’s ability to race. But I was learning the steering on the job and honestly didn’t know if I would be able to maintain a good course. Self-trust and focus, skills, by the way, that I’ve been intentionally developing this year, proved absolutely key.

During the race, I also locked in on Margy’s voice. There was a point when she made a call to watch rate, which, I believe, changed the game. I remember responding by moving my hands and body more quickly out of the bow. Margy matched, and together we recommitted to rate and speed—a shift that ultimately helped give us the margin we needed to win.

When we crossed the line, Margy’s reaction was immediate and clear. Meanwhile, I asked her twice if we won and still refused to believe it until we got confirmation from the official in a launch nearby. Oddly enough, I still needed time to let the result sink in. For me, absorbing the win has been like a slow, building excitement versus a big, instant burst of joy.

Moving into the Pair

Gang, I love the pair! I go out of my way to say this because it is a new event for me and I honestly did not know what to expect. I am aware that the sentiment is partly due to the fact that the transition into the boat came with relative ease, and partly because Margy and I work so completely in synch with how we approach the sport. However, I have also quickly learned that this boat class offers everything I love in rowing. Partnership, teamwork and communication are essential to the success of the boat. The degree of accountability is incredibly high. And both members are required to work and problem solve with a high degree of attention and skill. In addition, the boat has offered me new challenges (like the toe), which are keeping me focused, engaged and growing.

The experience, albeit short and still new, has been an absolute blast to date. It reminds me of a message sent from a friend whose been an incredible source of support, inspiration and strength.

Remember to Surrender: You need to be open to the fact that you may not know exactly what your new reality will look like because you’ve never seen it before. You’re only able to envision that which is already known to you, so the mind-bogglingly awesome new life may be out of your scope of imagination, and by stubbornly holding on to the exact vision of what you want instead of surrendering, you set yourself up to miss out entirely on the very thing you’re looking for.

What’s next is a lot of hard work! Margy and I are training at GMS Rowing Center in New Milford, CT, under the guidance of Coach Guenter Beutter. We will be training at GMS from now until we leave for Worlds, which are in Linz, Austria, Aug. 25-Sept. 1. The provisional program can be found here, and shows us potentially racing on Mon., 8/25 in the heats, Wed., 8/27 in the reps (if necessary), and Fri., 8/30 in the A or B final. The final schedule will depend on the number of entries in each event.

We have approximately five weeks until we leave for Linz. From now until then, we will be completely locked in on gaining more strength, fitness and boat speed. We will also be fundraising to help with our expenses related to Worlds, which include airfare, equipment rental, food, lodging and local transportaiton. You can learn more about our fundraising goal here.

Thank you to everyone who has supported my journey to date. I look forward to keeping you posted as the next two months progress!

Courtesy of row2k and my dad!

On the Race Course 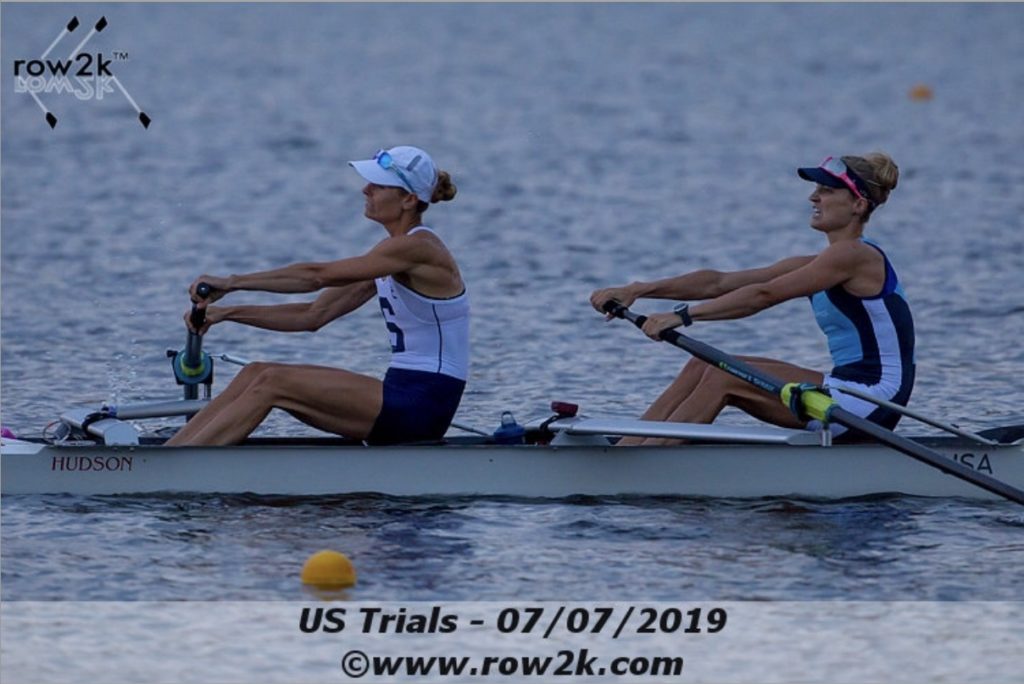 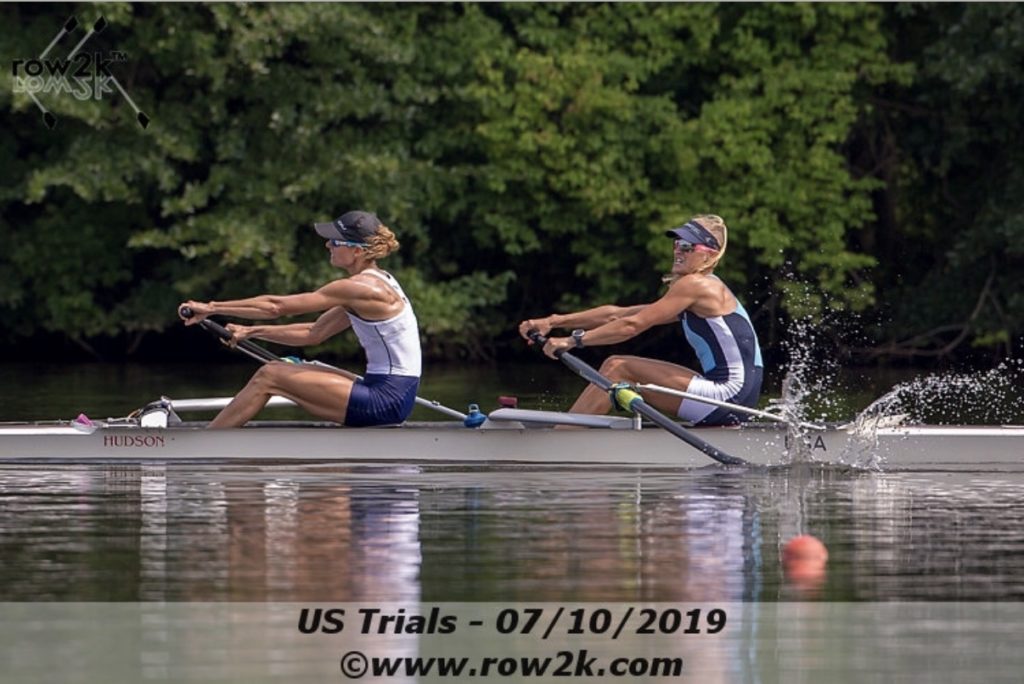 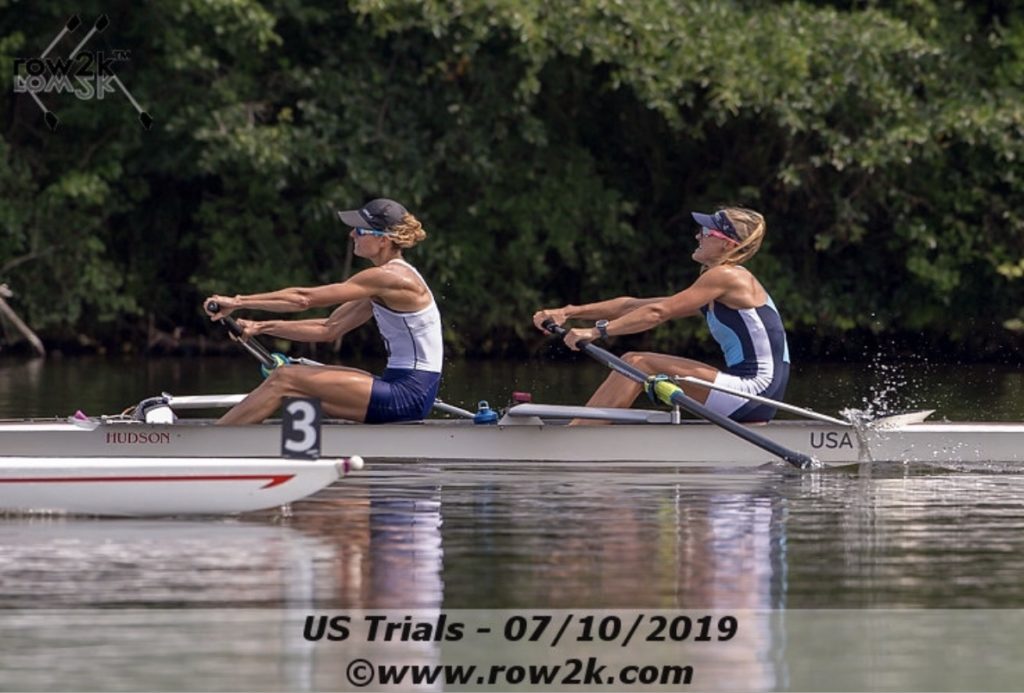 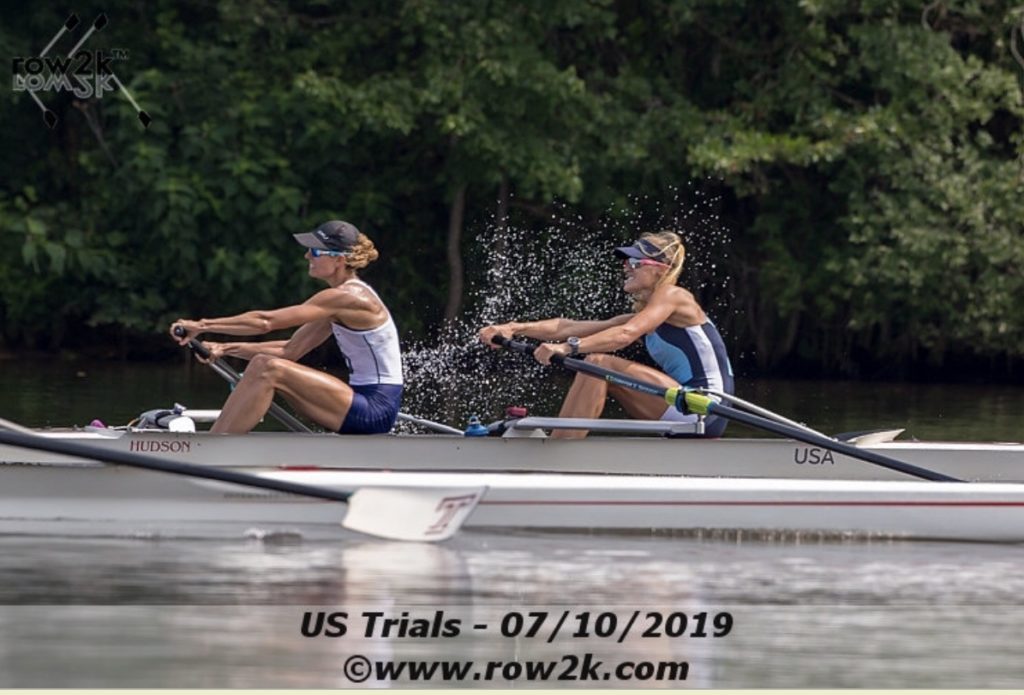 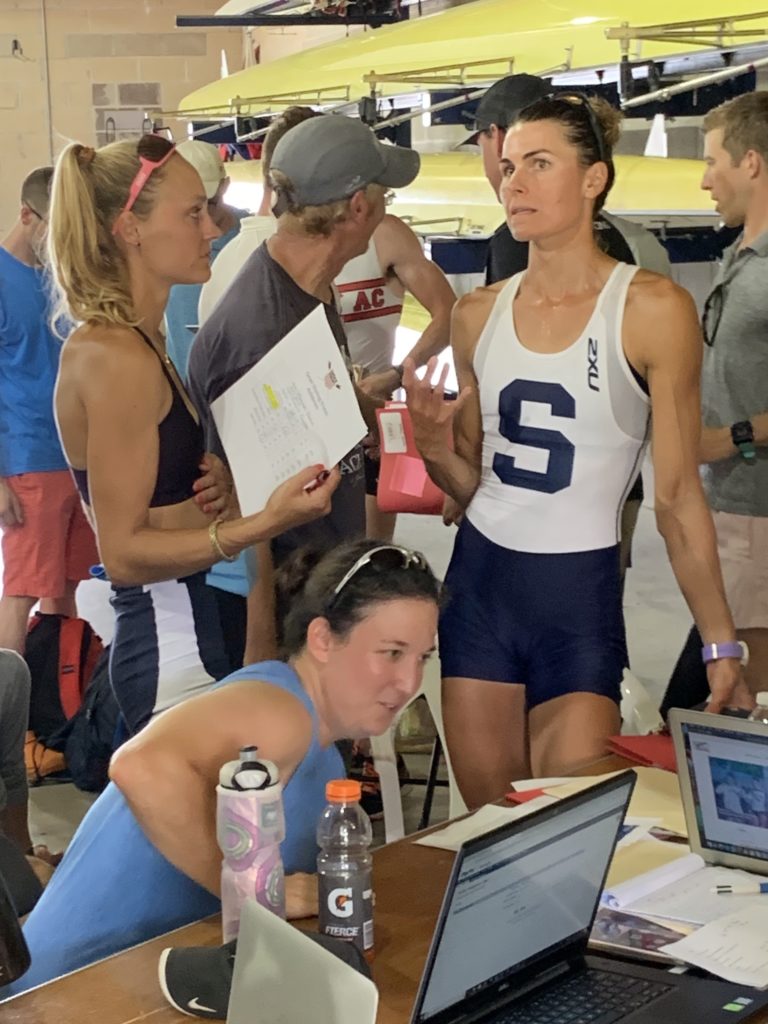 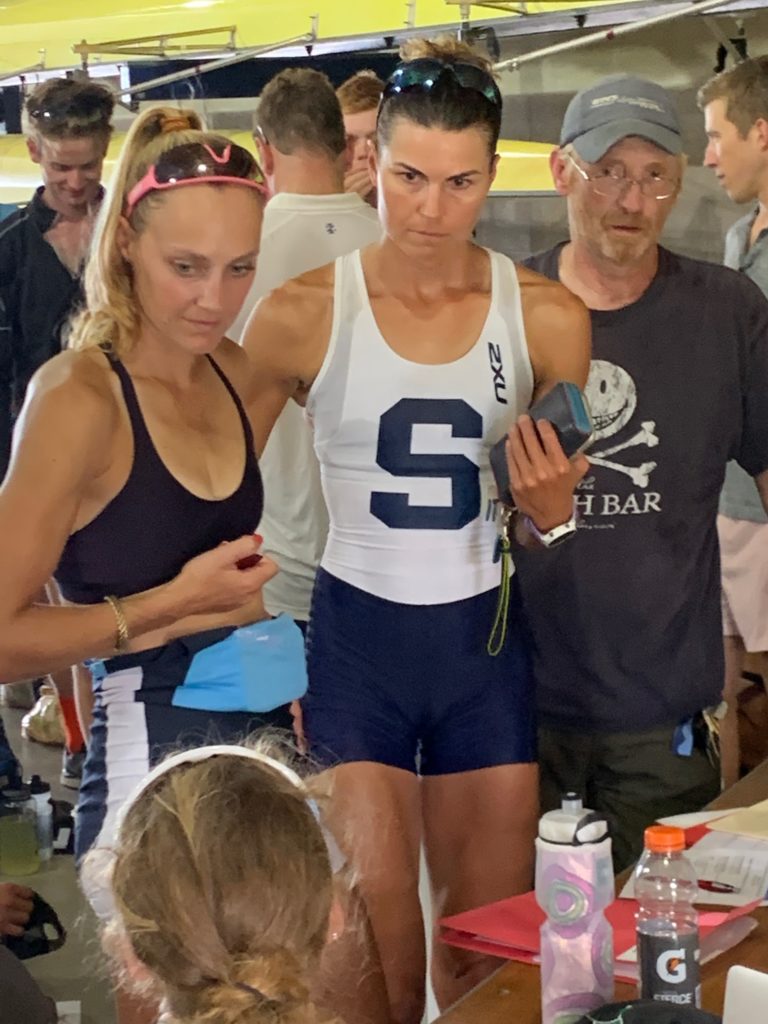 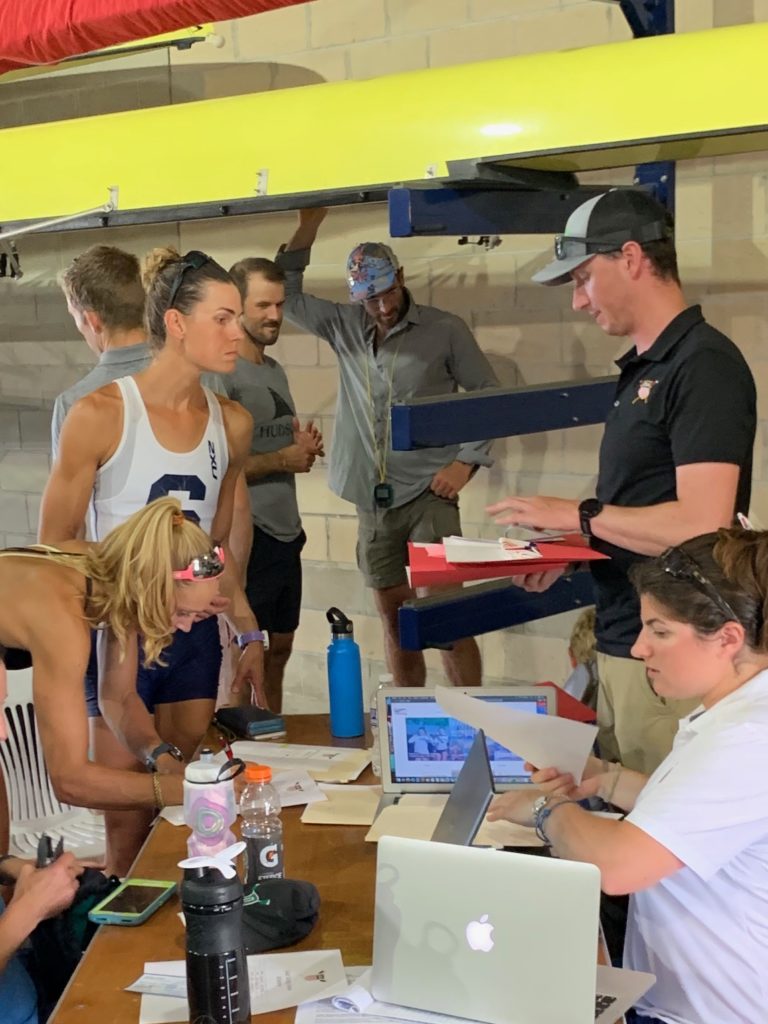 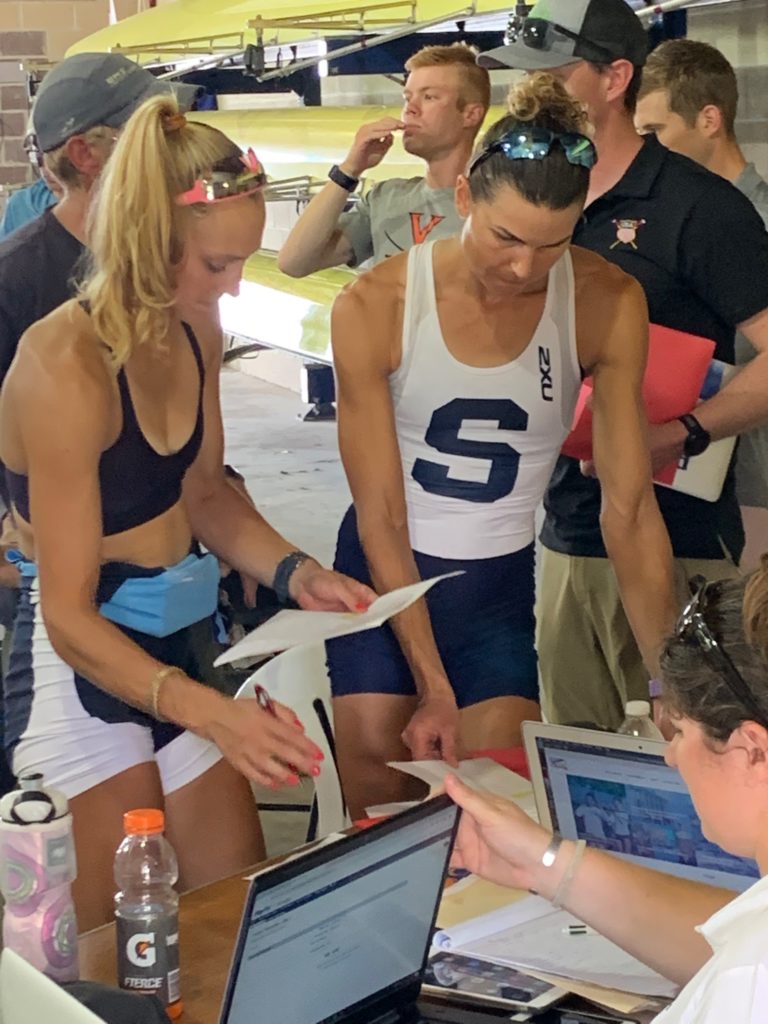 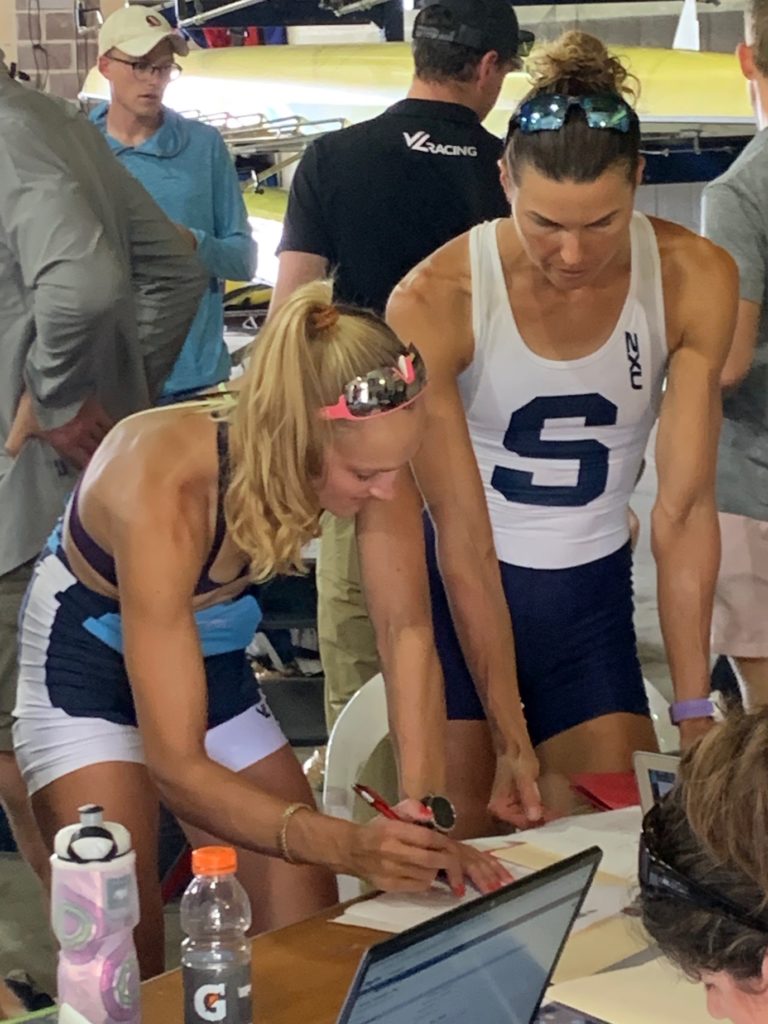 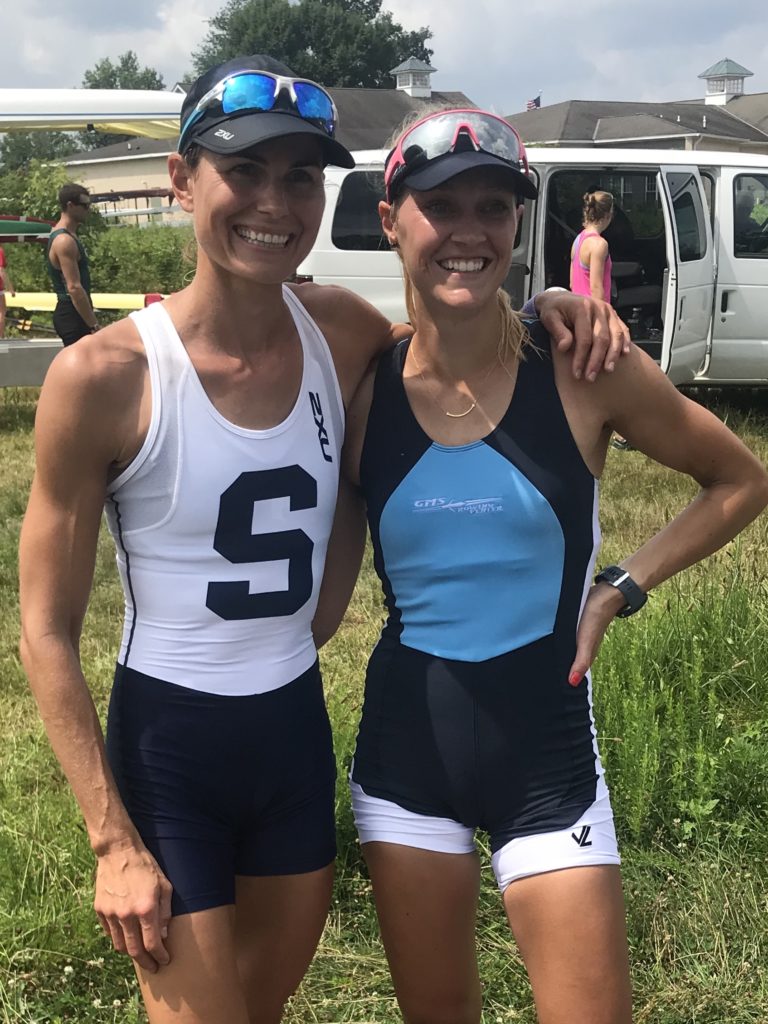 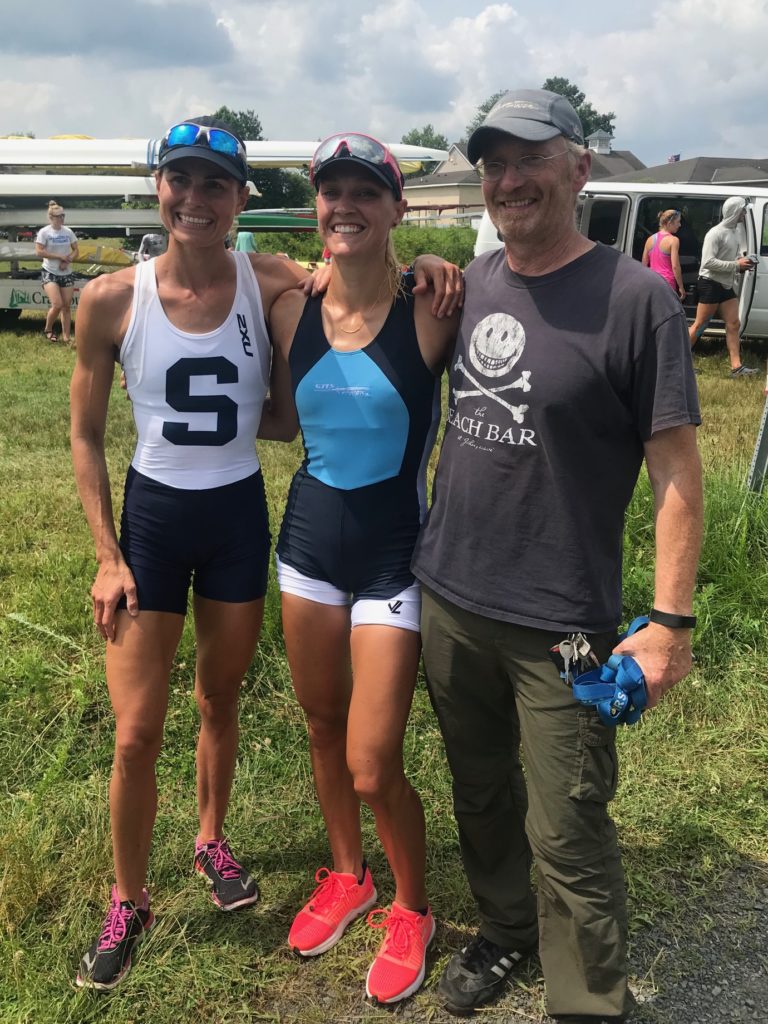 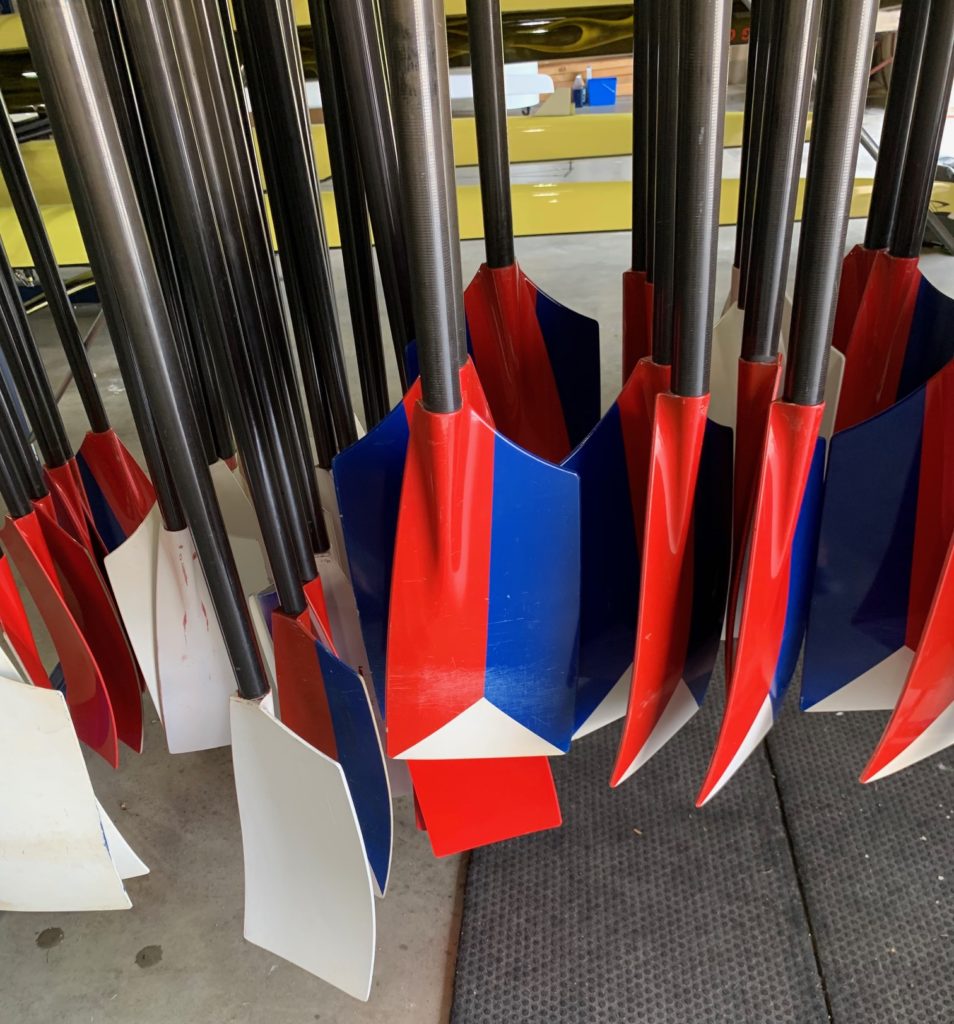 This beauty’s ready for one more trip down the r

Weekend vibes! 🎉 Captured in this fine piece by

When the sky looks so stunning that your coach tak

One more THANK YOU to @toyota @toyotausa and the T

Quick stop @nbcphillylive before heading to the Sc

Dusted off the lifters yesterday! 🎉🎉 This

Celebrating mom! 🌸 And a shoutout to Dad and Ky